An outstanding year 2015 for Jeremy 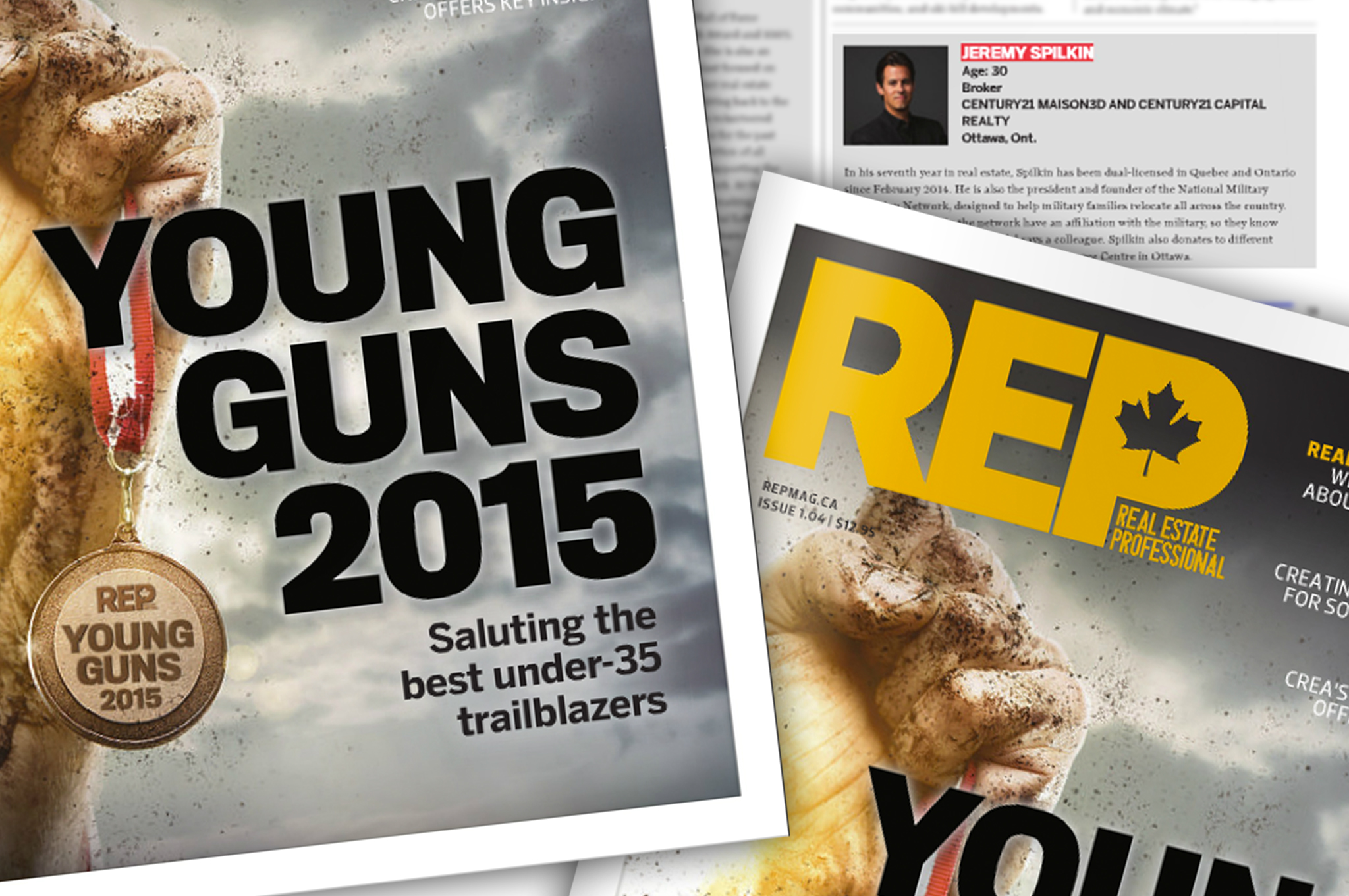 On February 2, 2016, Jeremy was recognized for his outstanding performance for 2015. He received the CENTURION award for a second consecutive year; and ranking #1 in the Ottawa/Outaouais area and #63 in all of Canada (individual ranking for total units sold in 2015, Century 21 Canada).

Jeremy was mentioned in the Real Estate Professional (REP) magazine as one of the Young Guns 2015, saluting the best trailblazers in the Canadian real estate industry, under the age of 35.